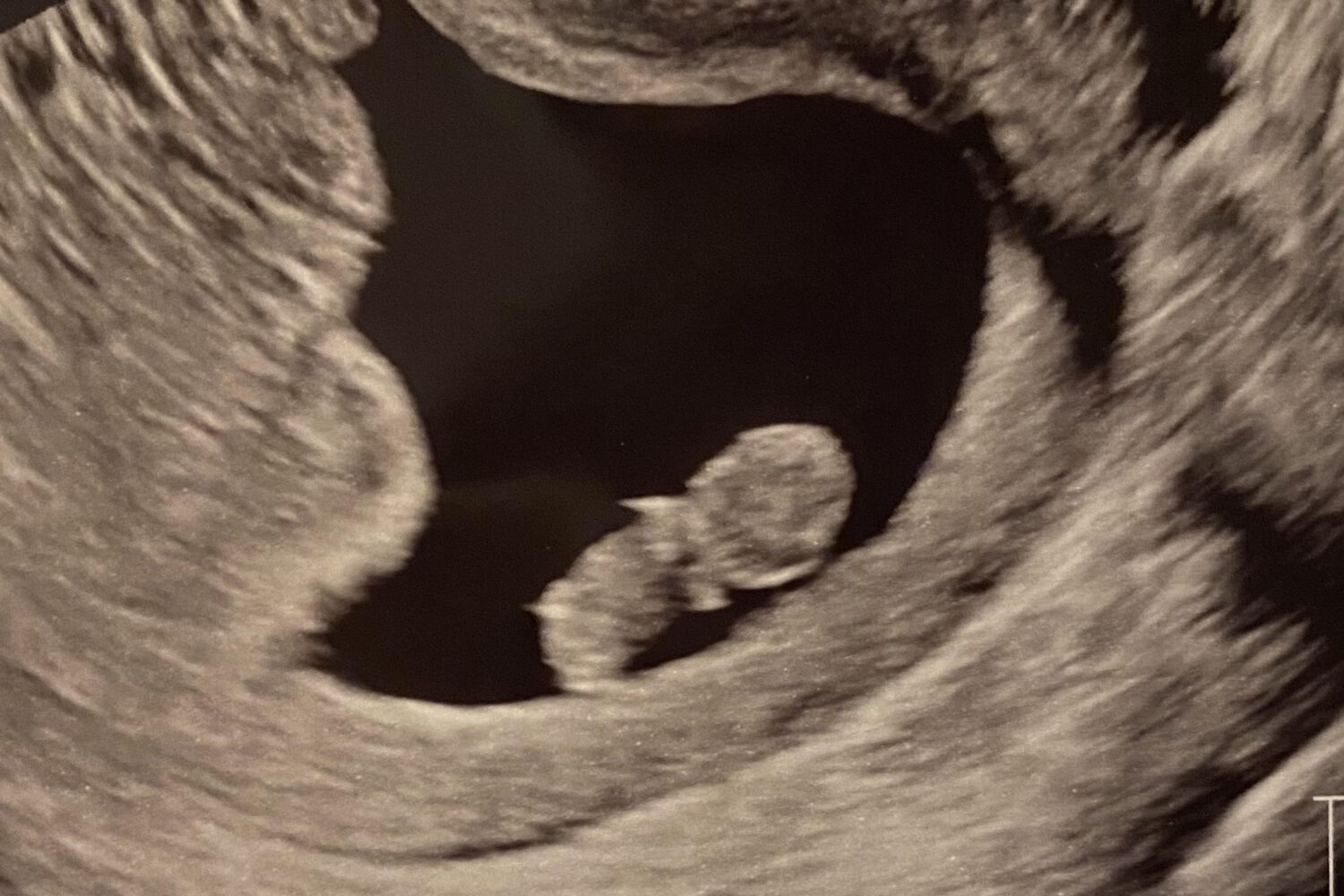 I feel as though I was robbed of my loss, and I feel bad saying that.

I had what is called a partial molar pregnancy, which resulted in a missed miscarriage. I, like many people, struggle to find the balance between normalizing loss by talking openly about it and hiding my pain in a deep, dark corner to hold sacred.

Being in the birth work world, I feel compelled and obligated to open up and share the personal journey of my loss—even though it is heavy and painful.

Where I personally felt robbed was not only that I experienced a miscarriage, but also that the partial molar pregnancy led to a missed miscarriage.

I was receiving regular prenatal care, and we planned to do our first ultrasound at 20 weeks. The ultrasound was scheduled for the first week of August; I wondered when we would finally be able to hear a heartbeat. I was planning for a low intervention pregnancy and birth. We had searched for the heartbeat twice with my midwife – once at 9 weeks, and again at 10 weeks. When we weren’t able to detect a heartbeat, my midwife said cheerfully that it was common to not be able to find a heartbeat so early with a doppler. She asked if I wanted an ultrasound, and I politely declined. After all, with my daughter we only had the 20 week ultrasound, and I had fond memories of giving her “privacy” until medically recommended.

No blood, no strange twinges, no cramping, nothing alarming. Just a seemingly normal pregnancy, with normal pregnancy symptoms. I wished that stupid morning sickness would go away though; I didn’t remember having it so badly with my daughter…

My sister who lives in Colorado (a few states away) was getting ready to have a baby in July, and I went to visit her to be her doula for the birth. We chatted and laughed, and thought about how special it was going to be to tell my baby that they were at their cousin’s birth, just on the inside! We talked about having her midwife check for the heartbeat; since they live so far away we wanted to make as many memories as possible while I was visiting.

My sister’s midwife came over to the house twice, once when I was almost 15 weeks, and once when I was just under 16 weeks. My sister’s midwife has been in practice for over 30 years, and her birth count spans well over 5,000 births. The first time they looked for a heartbeat, the midwife’s student looked. They couldn’t find one, but reassured me that even at nearly 15 weeks it was normal to not be able to hear the heartbeat. The following week, they checked again. This time my sister’s midwife went to look, and as she leaned over with the doppler she looked at my belly slightly perplexed. Listening intently, and holding the doppler close to her ear, navigating it around the front of my pelvis she asked, “How far along are you?” I could hear the slight concern lingering in her voice.

“You know, sometimes even at 16 weeks we still have a hard time finding the heartbeat, depending on the location of the baby and placenta. But…” she paused. “But it’s not the heartbeat I’m wondering about. I’m more curious about the location of your fundus. I expect to see it higher than this at 16 weeks. Are you sure you have your dates right?”

“We had been trying to get pregnant for about 8 months, and I had been tracking every little detail. I am nearly positive that my dates are spot on,” I hesitated, “Should we try to find a heartbeat next time?”

The midwife turned off the doppler. It crackled like crumpled paper pressed up against a microphone.

“I have a really good imaging center that I refer all of my clients too, it’s not very far – let me put in an order for an urgent ultrasound. I know you are driving back home to Washington soon, and I don’t want you to–” she searched for the right word to say “–go so long without having answers.”

I thanked her and started to feel worried. I had felt worried off and on before, but it was always just that, you know, early pregnancy worry. I clutched my stomach as I called the imaging center for an appointment the next day.

That night, I had a dream. There was a woman in a red Victorian dress standing in the woods. It was dark and cold. She stood there staring at a man. He was adorned in traditional plague garb – tall, weathered top hat, a raven’s beak, a long and sleek leather cloak stretching down towards the earth, his feet wrapped in tall black boots, and a loose chain swooping around his neck. The woman wasn’t afraid, but I was. Her curls caressed her soft pale face, and the train of her dress was tattered and worn, caked with mud, spattered footprints from wild animals stamped all over it. I didn’t recognize her, and she said nothing, but I felt as though I knew her. I loved her, and I mourned her.

At 17 weeks I had to have a D&E. Passing the baby, or anything that resembled the “home birth” that I had dreamed of, was out of the question since I had carried the baby so long after it died. I was at high risk for hemorrhaging. In fact, because I was at such high risk, I couldn’t even be awake during the procedure like most people are. They anticipated a bloody mess that I apparently wasn’t allowed to see… At this point, at 17 weeks, my mind felt pregnant – my body felt pregnant – but the baby was gone. The morning of my procedure I had horrible morning sickness, but nothing to throw up because food had been restricted for the surgery.

They rolled me back to the operating room wearing yellow hospital socks and a blue labor gown. I asked the doctor if I could hold her hand as they put me under general anesthesia. I had wanted a doula at my birth. I am glad my doctor said “yes” – her hand was the last thing I felt before I fell asleep.

Empty and alone at 17 weeks. I should have had a dead baby in my arms; I should have had a dead baby to deliver. According to my apps, my baby should have been the size of a pear, 5-6 inches long and close to 5 whole ounces! But my baby died 8 weeks ago. My baby was not labeled a baby, my baby was labeled as “tissue” and sent off to a lab to determine whether I needed to start chemo for the extremely rare, but possible, “rogue cell” uterine cancer of which I was now at risk. I couldn’t hold it, couldn’t see it. I couldn’t smell it. I couldn’t say goodbye to it. My tissue didn’t belong to me; it belonged to the hospital. I had no body to hold, no fingers and toes to count, and I’ll never know the sex of my baby.

When I talk about feeling robbed of my loss, the deepest pain is that I feel like a fraud when I say I lost my baby at 17 weeks. People look at me shocked and say, “that’s nearly halfway!” My baby was taken out of me at 17 weeks pregnant. I know that a loss is a loss, and it doesn’t matter if your baby was 4 weeks, 8 weeks, or 17 weeks. But most people who lost their babies at 17 weeks had a baby to hold, a baby to see, and a baby to smell. They had fingers and toes to count, and they knew the sex of the baby.

When I woke up, I didn’t have any of that. 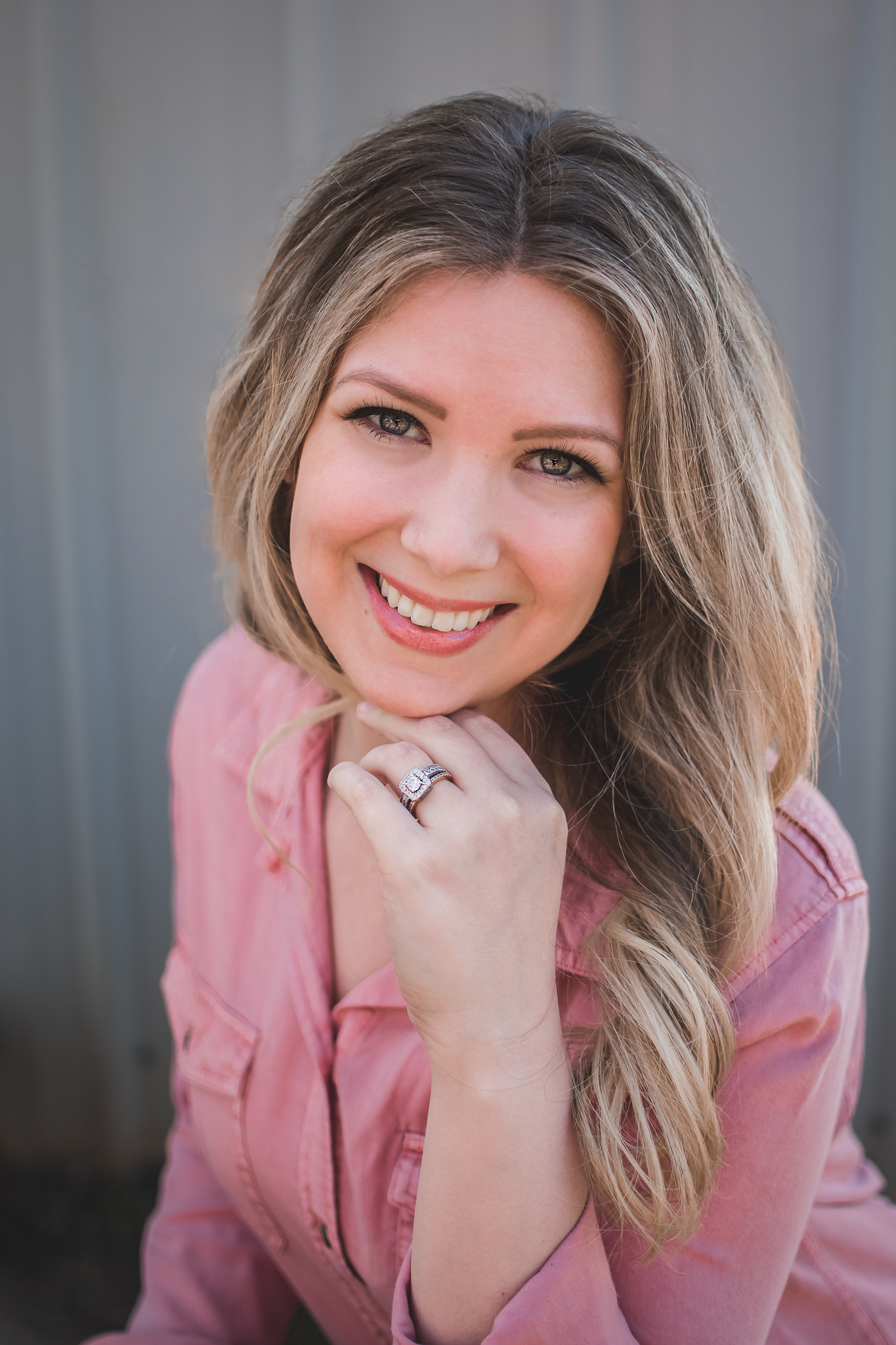 Emily McGregor grew up with a passion for birth, babies, and supporting birthing people. She attended the birth of her sister’s first born several years ago and that sparked a lifetime journey towards empowering birthing people. Over 80 births later, Emily currently serves as a birth doula, lactation counselor, childbirth educator, and midwife assistant in Kitsap County, Washington. She was recently accepted into midwifery school and is eager to take that next step. Learn more about Emily’s work via her website and via Instagram.