Here is the recording of the hour long conversation.
So powerful, honest, real.

Naima Beckles is an educator, doula, and founding director of For Your Birth – an intentionally diverse doula agency in New York City.  She earned her MA from Loyola Marymount University and began her teaching career as a Teach For America corps member in Los Angeles, the city in which she was raised.  Soon after the birth of her first child, Naima chose the work of supporting expectant parents and earned doula and childbirth educator certifications. Recently, Naima became a Holding Space Consultant with The Institute for Birth, Breath and Death and lovingly companions individuals who are experiencing grief and loss resulting from the COVID crisis.  Naima lives in Harlem with her partner Sam and school age sons, Gabo and Micah.  To learn more about Naima and her work, visit foryourbirth.com

Sonya Audria Miller, Esq. obtained her Bachelor of Arts from Emory University (1994) and her Juris Doctor degree from Temple University School of Law (1997).  Most recently, she served Broward College (2011-2020) as its first Deputy General Counsel. She began her career as a federal trial attorney then transitioned to civil practice in both the government and private sectors. Sonya holds the distinction of serving as the first General Counsel of Florida Memorial University, the only historically black university in South Florida.  She has a passion for serving the South Florida community where she grew up.  She was a board member of the Urban League of Greater Miami for many years, was also involved with the Gwen S. Cherry Black Women Lawyers Association and is a member of Delta Sigma Theta Sorority, Inc. In 2019, she was honored by Legacy Magazine as one of South Florida Most Powerful Black Business Leaders. Currently she is an active Committee Member of Cub Scout Pack 608 and volunteers with the Virginia Shuman Young Montessori Elementary School Parent Teacher Association. She lives in Fort Lauderdale with her husband and two sons.

Danyiel Louis is the Founder and President of Green Children’s House Montessori School. She has a Bachelor’s degree in Computer Science from the University of California, San Diego.  Danyiel began her career as a Software Engineering at IBM and earned a Software Patent for her innovative work.   Currently, she is an IT Business Analyst for Johnson Controls.  Danyiel is a mother of three boys and has a passion for children and our environment.  She is Montessori and Conscious Discipline trained and certified in First Aid and CPR.  Danyiel has operated GCH for over ten years and feels it is a privilege and honor to be leader in early education in our Community. Danyiel lives in Boca Raton, Florida with her three boys. To learn more, visit: www.greenchildrenshouse.com 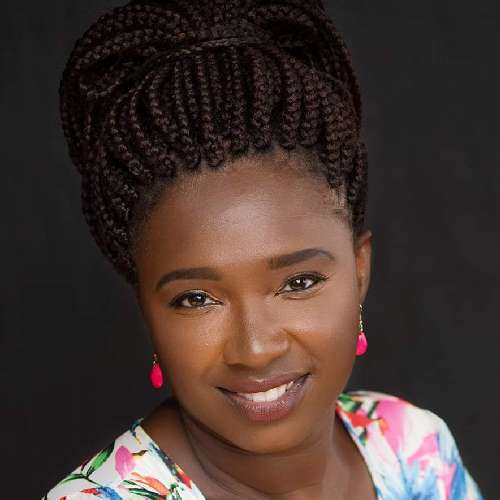 Paule Johanne Toussaint-Parrish (Joie) holds an Ed.S in Counseling from Rider University. Joie is the founder of Joie de Vivre Family Services. She is a Master Teacher, Educator, Birth Doula, Life coach, Parent Coach, Wife, and Mother. Joie holds an Administrative Certification from New Jersey Principals and Supervisors Association and has taught and coached for the Trenton Public School System in New Jersey for over twenty years. Since 2005, Joie has worked in a variety of capacities to support children, women and families in vulnerable populations.  She specializes in creating safe, sacred ceremonies that creatively honor the special moments in life as her mission and goal is to assist people to find joy throughout the various season of life. Joie’s work has assisted her in serving people throughout the seasons of life, from birth through death. Joie resides in Ewing, New Jersey where she loves spending time with her husband, two daughters, two sons and their wonderful wives. To learn more, visit: www.joiedv.org

Monique DeBose is an award-winning, multi-talented playwright and Jazz-R&B-pop singer/songwriter, who has toured and entertained audiences throughout Europe, India and Asia. Her third album–The Sovereign One–debuted at #2 on the iTunes Jazz Charts. A leading vocal improvisationalist (having studied under Rhiannon and Joey Blake of the renowned Bobby McFerrin Voicestra), Monique now leads an international community of over 500 vocal artists throughout the United States and Europe. Inspired by her experience of of what it means to be half African American, half Irish American, she wrote the funny, heartwarming and disruptive one-woman show Mulatto Math: Summing Up The Race Equation in America to initiate conversation and heal race relations in America. She calls LA home, is married to a Brit and is raising two compassionate, culturally intelligent boys.

Webinars open to all ~ Donations Welcome